Having had my eyes worked on (previous post) now has me thinking about old photos and adjusting for color.
There is great variety with what can be found with old photos, The colors fade and change in different ways depending on the chemistry used in the originak photographic process. Usually this is with how well the photographic prints have held up over the years, though too this could relate to the original negatives or color slides (if available). Basically with color photography, longevity (be it with the film or prints) is often not its strong suit. Black and white photography, by comparison, often offered much more stability for aging over course of decades or even centuries. 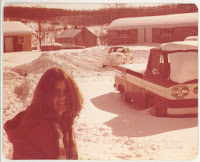 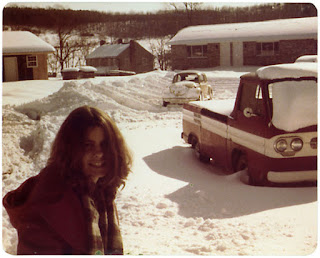 The photo above (left) did not hold up that well, which w ass taken in winter of 1978/79. This was not that long ago (though, depending on your age, maybe it was!). It can be disappointing to see personal photos loose their appeal in such a way. With some color adjusting though, some of the original colors can be brought back to life. 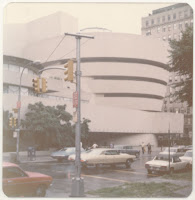 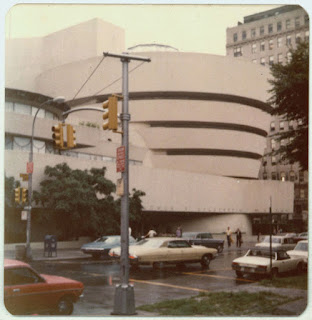 For the above example, this photo is actually about a decade older though the issue is not so much the deterioration of the photo itself but is with the scan, which was limited in tonal range. The original scan (on left) was very pale with limited contrast. Though contrast can be added by expanding the tonal rage, very often this throws off and distorts the colors. Adjusting the colors for hue and also for saturation can bring it back to the way I remember it from when I took the picture in my youth (it was an overcast and rainy day). And rather than try to turn it into something that looks like may have just been shot, some of the "old photo" character is not lost. 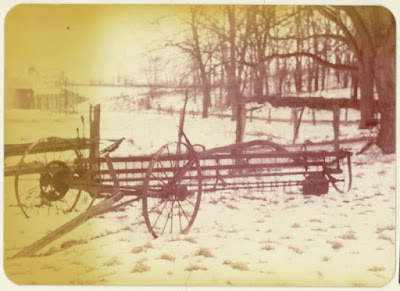 I included this one (above) for several reasons. It was actually photographed in color though so much has been lost, it looks mostly monotone. The color that is found are those that are from its deterioration. Though a lot was tried (from left to right above) the end result is really not that different. The main thing I like about this photo IS its colorization through deterioration, its uneven fading, its distortion of color, etc. This - its aged look - is its appeal. 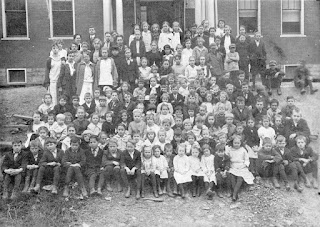 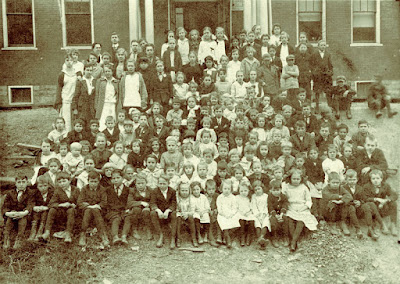 And for the above photo (school in Renova, PA) this is from those years when black and white photography was the only option. And even though the photo was scanned only in grays (left) it does not have the look and feel of being an old photo. In this instance, colorization was done to try and have it look more like the original aged print. And note too, with decades old photos very often as they age there is variety with how they become colorized. Some take on yellow and orange colors, others more green, and yet others more violet and dark blues. Variety can also be found within the different tonal ranges within an individual photograph - with lighter tones taking on one color, while dark tones with different colors.
~~~
There is something really enjoyable about old photos, and when scanning and capturing these as digital records, it's nice see the variety that can be found and work on adjustments that can either revive their original glory, or enhance their aged charm.
~~~
Posted by Keyzine at 2:38 PM