This old photo is typical of many which have very high contrast. When scanning, there are limits to how much detail can be captured in the darkest and lightest areas areas of an image (due to limitations of the scanner). 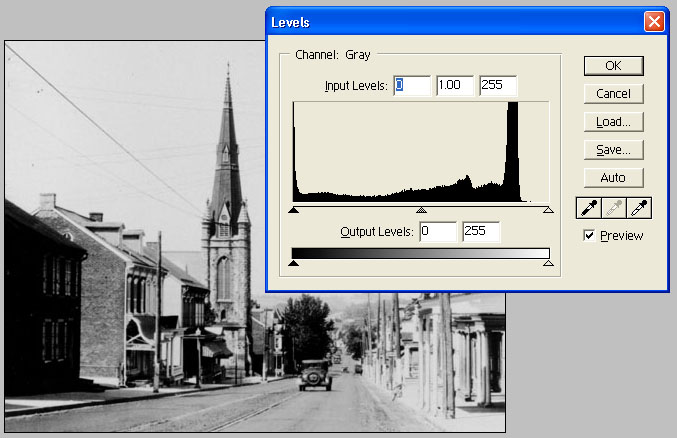 The view of levels shows a high population of very dark pixels to the far left of the chart (above). This "peak" found just along the edge of the chart is where clipping has occurred with loss of tonal detail. 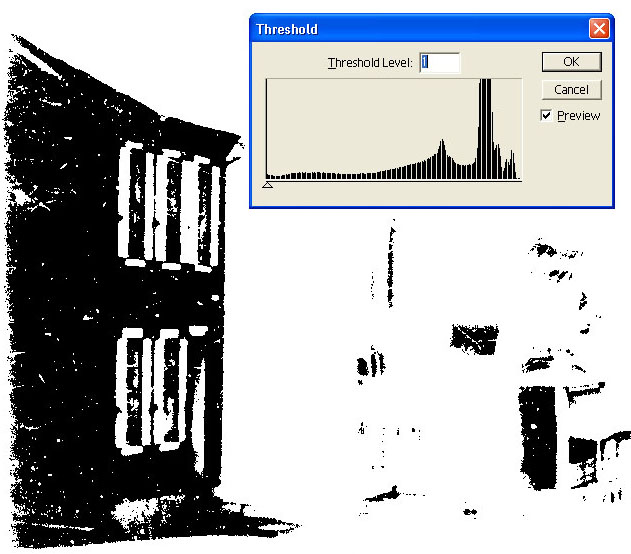 Another way of showing this loss of tonal detail is to show just the pixels that are 100% black (above). This photo though, can still be adjust for optimum quality for print production. 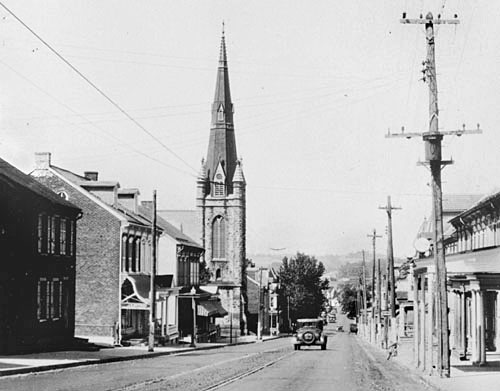 The above images was with gray levels adjusted to make the darkest areas of the image to be at about 90% gray (rather than 100%). For the lightest areas of the photo, the levels were adjusted to make them a bit lighter (to compensate for the overly dark highlights in the original). To bring out some of the tonal details in other areas, dodge and burn tools were used, in selected areas, to add contrast and to darken some of the shadows and midtones. In particular, this was to make more noticeable the tonal detail found in the buildings on the right side of the street, some of the roof tops, steeple, hills in the distance, etc. Final touch was to add a bit of sharpening to add some clarity.
~~~
Different programs can be used for making these type of adjustments to images. Hopefully what is described here will allow you to make similar refinements using the paint or photo editing program of your choosing.
~~~
Posted by Keyzine at 2:18 PM